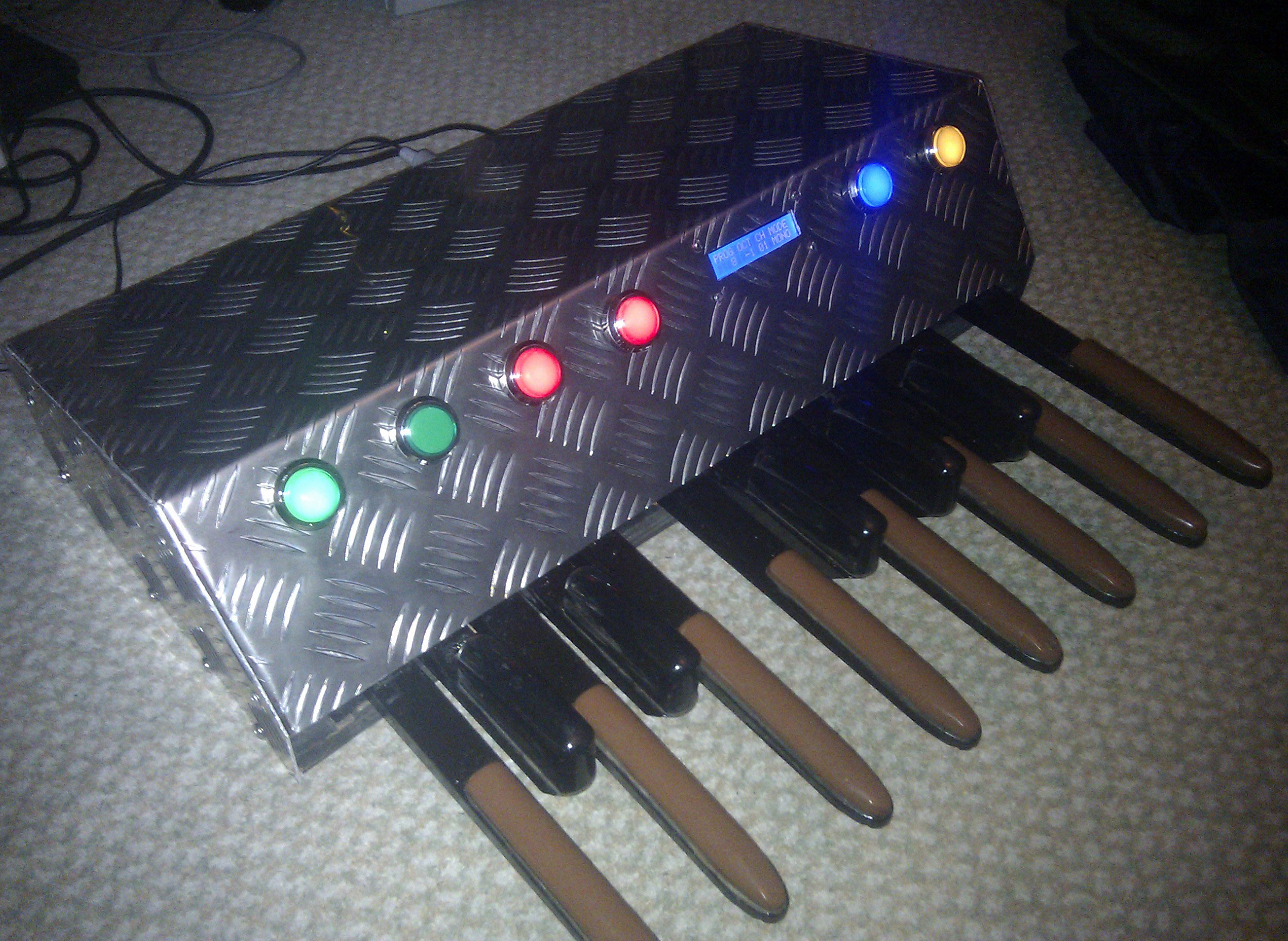 I have wanted a set of bass pedals since I read that Mike Rutherford used them on early Genesis albums.
His original set came as a kit from a company called "Dewtron" and were designed for use by organists whose instruments came without them.
By the mid-70's people, such as Geddy Lee from Rush, were using the original Moog Taurus Pedals which had their very own unique, really powerful, gut wrenching sound, but they were expensive. REALLY expensive, like half a years salary expensive and they had a reputation for melting most amplification systems.
With the advent of MIDI it was an easy job to make a foot controller, like that in the photo, and link it up to a synthesizer, but not many people seemed to bother, they just carried on using a set of Taurus pedals.
Now Lee O'Donnel, has used an old set of organ pedals and an Arduino to make a very handy looking instrument.
If you don't happen to have a set of pedals lieing around then new ones are available from Doepfer, http://www.doepfer.de/home_e.htm but they will currently set you back 150 of the nasty Euro thingies. By the time you have added a box, and arduino, or a Raspberry Pi, and all the gubbins, don't expect to see much change from £200. Mind you it will probably be worth it :-)
See http://www.bassmaker.co.uk.webserver1.reidhosting.co.uk/wominator.html for Lee's original article.
Posted by Stephen Rainsbury at 02:52 No comments: