Two months into the build I noticed that occasionally VCO1 would "warble" when I touched the coarse tuning pot(entiometer). At first I thought it was a just a dodgy component that had been damaged as I worked, but closer inspection showed that several of them did it.
I put a post on the Electro-Music forum to see if others had the same problem, and they did, it seems that the little green Omeg pots I used are well known for going wrong after a few months.
These pots are sealed so there is no way they can be cleaned or fixed, and as it seemed they were all going to fail eventually I didn't have much choice, if I wanted a reliable instrument they would all have to be changed. 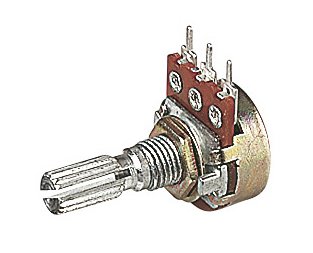 There are no other pots on the market the same size as the ones I have used, so I can't just buy a set of replacements and wire them in.
The panel is already pretty tight for space so anything larger would not fit.
The only affordable, smaller,  ones are clones of the tiny American "Alpha" pot. People on the forum reported good results with them but they require a 7mm fixing hole, much smaller than the 11mm drilled in the panel for the green Omeg ones, so they won't fit in easily either.

If time was not an issue I would simply make a new panel with smaller holes, but that would mean a complete strip down and re-wire, which would set me back months, so I have broken one of my personal rules and  ordered a new set of pots without knowing exactly how I am going to fit them.This normally ends up being completely the wrong thing to do and I regret it, but on this occasion I can't see any other way through.
There is nothing on the market to make these fit so I am going to have to make something. I have had similar problems before and in the past have tried these ideas.
I have just found some nitril o-rings that are 7mm internal diameter and 2mm thick which would give it an external diameter of 11mm... I think this might work and have just ordered some.
Finger crossed.

Update.. arghh.. I have just found some plastic pipe that fits perfectly... 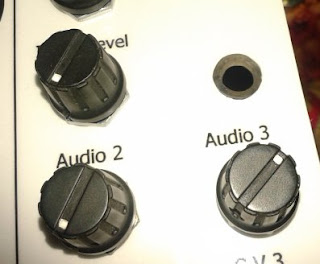 Posted by Stephen Rainsbury at 21:18